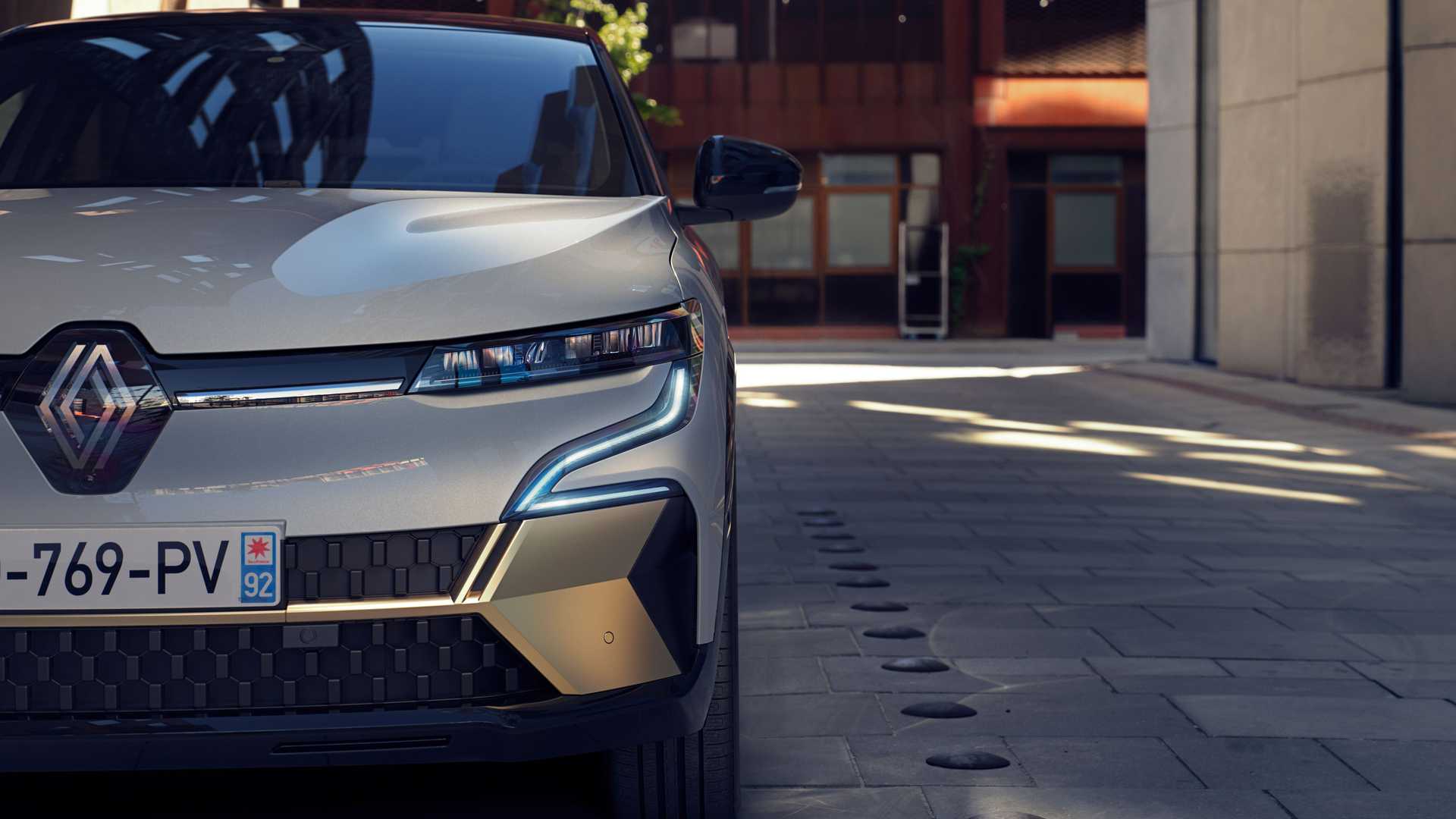 The All-New Mégane E-Tech Electric sees Renault’s well-known Highway and Traffic Jam Companion taken up a level. Now a contextual ADAS, it can monitor more than just what is happening in adjacent lanes and helps the driver deal with any obstacles they may encounter. Classed as level 2 vehicle autonomy, it is now known as Active Driver Assist.

Active Driver Assist combines contextual adaptive cruise control with "Stop & Go" and Lane Keeping Assist. While adaptive cruise control remains much the same, this new system uses geolocation data and specific maps that include commonly encountered features on inter-urban roads such as roundabouts, speed limit changes, and the angle of dangerous turns. In addition to such events being displayed on the instrument panel, the All-New Mégane E-Tech Electric can automatically slow to 18 mph when nearing a roundabout and then accelerate back up to speed on leaving. The vehicle also automatically adapts to a change in the prevailing speed limit.

Lane Keeping Assist can now function without any road markings on the outward side such as on country roads. Drivers can now also select a ‘preferred side’ for their lane in order to make it easier for faster vehicles like cars or motorbikes to overtake.

When the Active Driver Assist has been activated and the car comes to a halt in traffic, the car will pull away again on its own when safe to do so within the next 10 seconds (as opposed to 3 seconds previously). Any longer and the driver will have to act by pressing the accelerator in order for the car to start up again.

Renault has taken a step forward to offer drivers even more on-board safety with the smart speed limiter on the All-New Mégane E-Tech Electric. Active by default, it allows drivers to automatically set the vehicle’s maximum speed to the current limit. The system uses the front camera to recognise speed signs and combines that information with data from the navigation system to determine the current limit as quickly as possible. It is then displayed on the dashboard and on the navigation screen. In the event that the vehicle is travelling faster than the deduced speed, a visual warning flashes in front of the driver who then has to simply press a button on the steering wheel to adapt the speed limiter, cruise control, or adaptive cruise control to the official speed. This happens automatically when driving in the rain.

As a way of reducing the likelihood of a collision, the All-New Mégane E-Tech Electric is equipped with Lane Departure Warning (LDW) and Lane Keeping Assist (LKA). The latter is more advanced than ever with its latest iteration: Emergency Lane Keeping Assist (ELKA). It combines data from the front camera and side radar to automatically centre the vehicle in its lane should it be about to cross a line, if it detects a possible collision from the front or side, or when the vehicle is about to drive off the road. The Emergency Lane Keeping Assist operates between 40 mph and 100 mph when crossing a line and there is a risk of a side collision or when about to drive off the road, and between 40 mph and 68 mph when there is a risk of a front-on collision.

Rear Automatic Emergency Braking (Rear AEB) is an automatic emergency braking system that activates when the driver is reversing. If the rear ultrasonic sensors detect a potential obstacle such as a pedestrian, cyclist, or a pole, the system gives the driver a visual and audible initial warning. If the driver does not react, the system automatically applies the brakes for two seconds to avoid the collision. The system is active while reversing between 2 mph and 6 mph.

Occupant Safe Exit (OSE) warns an occupant of an approaching vehicle, motorcycle, or cyclist as they open a car door, in order to avoid a collision.

The Around View Monitor 3D uses four cameras to display a 3D model of the vehicle and visualise its immediate surroundings in 360°. The driver can then move around the vehicle via the touch screen, with a panoramic view of the front and rear of the vehicle in order to confidently park the car.

The Full Auto Park feature is an improvement on the Easy Park Assist semi-automatic parking system. The system is nearly entirely autonomous as the driver is no longer required to change gears between drive and reverse, or to use the accelerator or the brakes during an assisted manoeuvre. The driver merely has to press down on the accelerator to indicate to the system to either continue or stop the manoeuvre.

The Smart Rear View Mirror uses a camera located at the top of the rear window and displays a real-time view of the road behind on the vehicle's interior rear-view mirror, giving an entirely unobstructed view, in addition to that seen in the wing mirrors.

Like all electric vehicles on European roads, the All-New Mégane E-Tech Electric emits an external sound that serves to signal its presence to pedestrians. Known as VSP (Vehicle Sound Pedestrian) and active between 0 and 18mph
Top
Post Reply
1 post • Page 1 of 1