Everything we know about the 2022 Renault Megane Electric 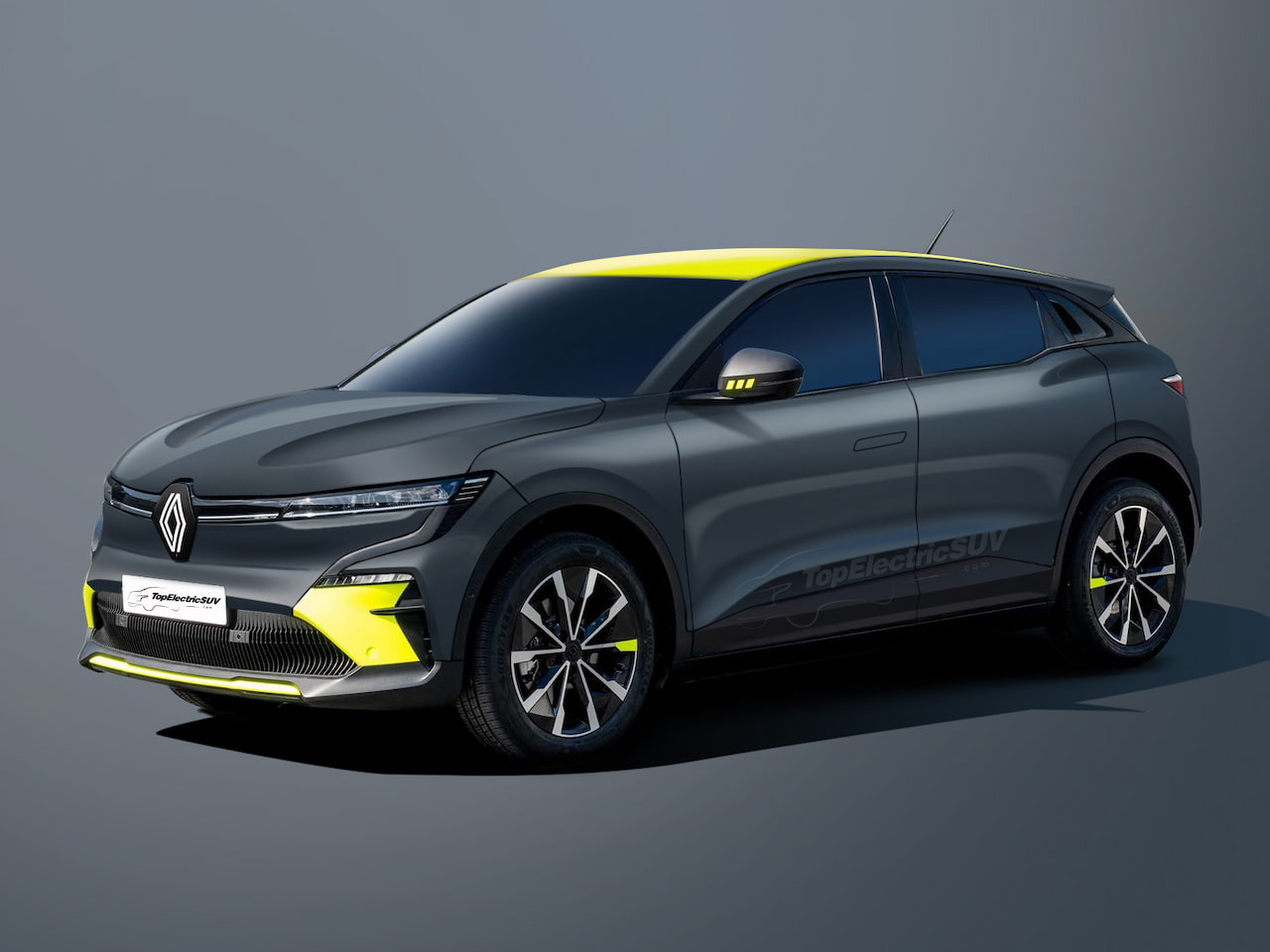 The Renault Megane E-Tech Electric is the production avatar of the Megane eVision concept from last year. It’s a pure electric alternative to the Renault Megane compact car, although it’s a crossover by body style. Let’s take a look at what we know about Renault’s next-generation electric car that comes out later this year.

The production version has a less flashy front-end with revisions to the light clusters, but the shape of all the elements is the same. Unlike the concept, the production car features the new Renault logo that is flat and has minimalist vibes. However, it may also have illumination to form a part of the welcome sequence. The side intakes have a new blade bisecting them for style.

While the concept features a charging port on the driver side (left), the production version has it on the passenger side (right). Also new are conventional mirrors that should cost lower (and meet global regulations) and smaller wheels that should provide a better ride and range. Up top, a shark-fin antenna is present on the final model.

At the rear, the tail lamps have received simpler clusters, while the Renault logo has been changed to the new design and is not illuminated. A thin horizontal stop lamp can also be seen as a small difference in the production model.

The Renault Megane electric SUV looks quite handsome for a car its size. There aren’t any out-of-ordinary design elements, like two-tier headlamps, for instance. Moreover, chunky proportions and compact dimensions do the job of making it very attractive and add slim technical lights to the front and rear, a clean closed-off front panel and sporty bumpers to the mix.

As for the Renault Megane electric SUV interior, the teasers show a highly digital cockpit and clean layout of elements. Expect very few physical controls, with most comfort/multimedia functions operable via a large portrait touchscreen infotainment system on the dashboard. Zooming into the picture showing the fully digital instrument cluster, we see that ‘Comfort’ is one of the drive modes.

The Renault Megane EV feature a highly digital interior as compared to current Renault models with large screens for the AVN and the instruments. Image Source: Groupe Renault
The touchscreen infotainment system will likely offer a tablet-style operation with multiple user profiles, a drop-down notification centre, and more. A sleek horizontal air vent covers the remaining width of the dashboard on the right side. A thin strip of ambient lighting above visually connects the dashboard to the door panels. The floating centre console has dedicated mobile phone storage space, and right below it, there’s some extra storage space to put other small items.

Sitting on the CMF-EV platform of the Renault-Nissan-Mitsubishi alliance, the Renault Megane is expected to get battery packs and motors similar to the Nissan Ariya. The regular Megane E-Tech Electric will mount a 160 kW (215 hp) electric motor fed by a 60 kWh battery pack that allows a range (WLTP) of up to 450 km or 280 miles, Renault confirmed this month.

The next-gen Megane could have a high-performance variant with an Alpine badge and around 400 horsepower, said a speculative report auto-moto.com in March 2021. A Renault Megane Alpine variant could easily beat the VW ID.4 GTX in a drag race with two motors producing 294 hp.

Thanks to the support for a fast charger with 130 kW charging power, it will likely be possible to achieve a range of approximately 200 km or 124 miles (WLTP) in just half an hour at a DC charging station.

Groupe Renault plans to cap the top speed of Renault and Dacia models to 180 km/h, Luca De Meo, the company’s CEO, confirmed at its annual general meeting this year. Moreover, De Meo revealed at the event that the Megane electric SUV would feature cruise control with a “Safety Coach” that limits the top speed to 160 km/h (99 mph).

The prices of the Megane electric SUV may start at around EUR 35,000. In an interview with Auto Zeitung, Uwe Hochgeschurtz, the CEO of Renault for Germany, Austria, and Switzerland markets, said that the Megane electric SUV would debut this year and reach dealerships first half of 2022. Hochgeschurtz was referring to the launch in Germany, which could be among the first markets along with France, Norway, Sweden, and other top EV-friendly parts of the EU.

Hochgeschurtz concluded that “the Mégane E-Tech Electric marks the breakthrough in electric mobility on a higher level” and that it “should set standards in this segment.” Production of the Megane E-Tech Electric will take place in Douai, France.
Top
Post Reply
1 post • Page 1 of 1